Back to the Future

In the last few years I’ve been working to catch-up to an acting career I started decades ago. Actually, catch up might be a bit inaccurate, it got away from me after an unfortunate incident where I was attacked and I found myself camped out in the hospital for a few days, apparently near death. It was a derailing event that coincided with a spiraling personal reality that led to a new and very different narrative in my life. Now, little by little I’m finding my way back to where I left off and so I continue to pen this unfinished chapter. 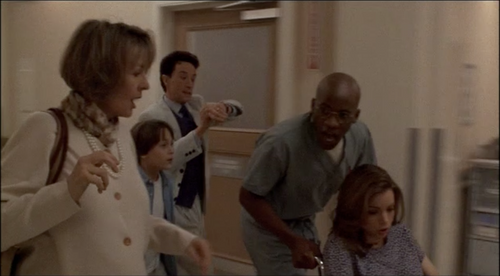 For years I scratched and clawed my way back to a reality I could live with. With that said I should've expected that after all this time of busking in New York City and then recording songs about that journey and then performing them live in front of audiences, that the road would lead back to acting in some way at some point. I am bringing with me new experience and drive and I'm feeling primed.

I've spent years writing songs for the sidewalk and for the mic in the dark and it has been an endeavor of love. One separate from acting but it helped feed and allow the actor in me to grow through lessons that I imagine could never be taught, only learned. It has been a completely different dimension of reality, one which I can now never live without. But what I feel, what I’ve endured has fueled that desire to be a part of telling the stories that are being told and to be seen among the faces representing a different part of our humanity to the world.

And so the journey has once again begun. We'll see how it all goes, up or down, sideways or whatever, it’s a new chapter and I'm gonna give it what I got. Thank you for indulging me.